Abdul-Jalil al-Hakim has filed several complaints regarding several rather blatant court administrative “errors” that are completely unacceptable in Departments 1, 15, 20, 507, and 511 to former Alameda County Superior Court Presiding Court Judge Morris Jacobson, and Supervising Judge Jon Rolefson, current Presiding Court Judge Wynn Carvill, and Supervising Judge Mark Markham, County Appellate Judges C. Don Clay, Kevin Murphy, Jo-Lynne Lee, Presiding Judge Kim Colwell, Chief Justice Tani Cantil-Sakauye of the California State Supreme Court- and Chairman of both the Judicial Council of California and the Commission on Judicial Appointments, Martin Hoshino- Director of the Judicial Council of California, Victoria B. Henley- Director-Chief Counsel of the Commission on Judicial Performance, Alex Tse- Director of the No. District U. S. Attorney’s Office, Phyllis J. Hamilton- Chief District Judge of the U. S. District Court- No. Division and Chad Finke of the Alameda County Superior Court Administration.
On Monday, January 22, 2018 the hearing scheduled on the Motions to Vacate and Set Aside Renewed Judgment and for Terminating Sanctions and other relief, and Motion to Compel Production of Documents and Subpoena, etc., in MILLER VS HAKIM, Alameda County Superior Court Case: #OCV0574030 was continued by the Chief Justice of the California State Supreme Court, Chief Justice Tani Cantil-Sakauye, to February 8, 2018, in Dept. 511 at 9:00 a.m.
The matters before the court have been submitted to a different judge in a different venue for adjudication as Alameda County Superior Court judges and administration await direction from the Chief Justice.
This essentially amounts to a Change of Judge/Venue to Solano County which al-Hakim OPPOSES because it does NOT hold the corruptors and abusers accountable for their continued actions! This is merely a inconvenient way out for them!
If Chief Justice can order a change of venue in one case that has suffered the same corruption and abuses as the others, then she should do so with the others!!
WHEREFORE, plaintiff Abdul-Jalil al-Hakim prays that due to the established Judicial and Superior Court Administration Corruption; the Manipulation of the Judicial Assignments; Obstruction of Justice in Motions for Peremptory Challenge;; Criminal Conduct In Violation of The Law; Conduct To Pervert or Obstruct Justice, or the Due Administration of the Laws and Conspiracy to Pervert or Obstruct Justice the relief herein requested be granted.
I Demand for Removal of ALL Judges Challenged For Cause, ALL the Judges, Tigar, Freedman, Petrou, Colwell, Madden, Carvill, and Krashna should have recused themselves to avoid the appearance of impropriety, or if not be disqualified and required to make a full disclosure and cooperate in the investigation involving the Miller, CSAA and Rescue cases. I also request that the court Vacate ALL Rulings and Orders Issued in these cases by those Judges charged herein.
Without the herein referenced answers, responses and results of the ongoing investigations and complaints with the necessary depositions, request production of documents and hearing transcripts, this process will NOT be transparent, not legally, ethically nor morally proper, and only serve the purpose of extinguishing my rights
WITHOUT any recourse that was EVER FAIR and impartial while denying the Challenges.
Unless and until these issues can be fairly resolved BEFORE any hearing can be scheduled, I am and will be subject to the continued fraud, corruption and collusion complained of in ALL the aforementioned herein and CAN NOT in good conscience agree to ANY of the conditions referenced in the letters/form!
Further, I request a hearing on this matter before an impartial judge. This matter may need to be transferred to another county venue on fair trial grounds as provided by CCP §397(b) where the influence of the Judges, district attorney, city attorney and opposing litigants is not so inextricably intertwined with judicial interests.
____________________________
ABDUL-JALIL al-HAKIM
Pro Per
510-394-4501 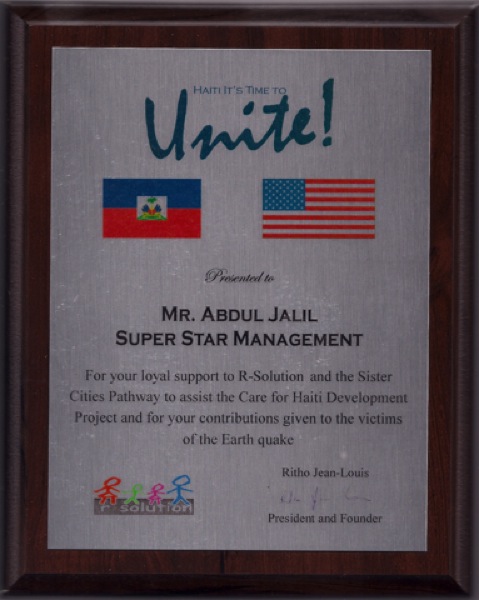