The CSAA insurance case, Plaintiff was away attending TWO (2) funerals with previous court permission to do so from Judge Tigar and noticing the court five times of the funerals BEFORE attending, and Tigar took advantage of the opportunity and decided the cases in my absence! It should be noted that Tigar ADMITTED TWICE THAT HE HAD COMMITTED SUCH EGREGIOUS ERRORS THAT THE THEY DEMANDED A MISTRIAL, WHICH PLAINTIFF DECLARED AS WELL. I acknowledge that this fact is a major factor in Tigar deciding the case in my absence as an attempt to evade the many legal transgressions he committed during the case.
This current CSAA-Wellpoint case is the current $600,000 lien on the property being executed on for collection by Ropers and CSAA as part of their unjust enrichment and ill gotten gains from Plaintiff’s insurance law suit against them! This case was decided while Plaintiff was away attending TWO (2) funerals with previous court permission!
NOW WE ARE HERE TODAY WITH THE SAME MATTER BEFORE COLWELL TO ADJUDICATE AND ACT AS DEPUTY DEFENSE COUNSEL TO EARN HER COMPENSATION WITH THIS RULING FROM THE BENCH!!!
Colwell had NO defense nor answers to the undisputed, uncontroverted facts and evidence of her involvement in the illicit issues raised in the First and Second Challenge that SHE DOES NOT DENY, JUST WANTS TO IGNORE THEM AWAY as NONE of them are allegations and conclusions unsupported by specific references to evidence!! Colwell is guilty of perjury again, lying by omission! Does she deny working with the three retired judges in this very same CSAA case she has now attempted to rule the final death blow to al-Hakim by granting defendants Order to Show Cause Cause for Sale of Dwelling!
For these reasons, and because Judge Colwell is a material, percipient eye witness concerning her conversation, communication, correspondence, actions with her clients, partners, co-workers, employees, defendants, and experts, contend that Judge Colwell must be disqualified for cause pursuant to section 170.1, subdivision (a)(1) (the judge has personal knowledge of disputed evidentiary facts) and (a)(6) (a person aware of the facts reasonably might entertain a doubt whether the judge would be able to be impartial). An example of disqualification for personal knowledge is found in People v Avol (1987) 192 CA3d Supp 1, 6, 238 CR 45 (judge’s ex parte inspection of property violated defendant’s right to controvert evidence, but did not violate due process right or require reversal given overwhelming evidence and complete lack of showing of prejudice that might have required recusal).
This fact alone is perhaps the single most important reason why yourselves and Victoria Henley, the many former and present Presiding and Supervising Alameda County Superior Court Judges, Appellant Court Judges and Supreme Court Judges, heads of the disciplinary bodies responsible for taking corrective action in this case, has been so derelict in doing so, and because you are ALL inextricably placed in the legal paradox where every judge, court administrator, attorney, law firm, defendant and their agents having been involved in committing these crimes would bring all of their cases under scrutiny, opens the way to legally being overturned and setting aside every case they were ever involved with and potentially being reversed at an untold cost of money, integrity and irreparable loss of public confidence in the legal system!

As a direct and proximate result of Colwell’s WILLFULLY AND INTENTIONALLY committing 6 MAJOR Constitutional Violations of Plaintiff’s rights and Prejudices Plaintiff suffered herein, these are a clear denial of al-Hakim and his Family’s rights under the United States and California State Constitution, among others, and proves where charges has shown that previously, under color of law, these judicial, law enforcement, governmental and legal entities criminal corruption and persecution sought to deprive plaintiff of litigation due him contrary to the right to due process and immunity from takings without due process is a gross abuse of discretion in violation of the law that will violate plaintiff’s rights and there are also uncontroverted rights violations under Code Civ. Proc., §§ 1085; on the ground of misconduct, prejudicial misconduct, bias, and prejudice in violations of Code Civ. Proc., §§ 170.0-170.6; specifically 170, subd. (a)(5); 170, subd. (e); 170.1, subdivision (a)(2); 170.1, subdivision (a)(6)(C); 170.3, subd. (c)(1); 170.3, subd. (c)(5); 170.3, subd. (d); 170.l(a)(6), §170.l(a)-6(B), §170.3(a)(1)-4(c), §170.4(a)-(3) and 170.6; the Canons of the Code of Judicial Conduct 1, 2, 2A, 2B(2), 3B(2), 3B(4), 3B(5), 3B(8) and 3C( a corresponding Federal Statute, 28 United States Code section 455(a) adopted by Congress in 1974); Business and Professions Code sections 6068, subdivisions (b) and (f), 6103 and 6106 and former rule 7-105(1) of the Rules of Professional Conduct; California Constitution, Article VI, §§ 8, 18; see Cal. Code Judicial Ethics, Canon 3D(1).); and violates al-Hakim’s fundamental civil rights and due process under the law guaranteed by the United States Constitution Amendments I, V, VI, and XIV, and as applicable to this state of California Constitution by the first clause of Article I, section 13; Article VI, section 4 1/2; Article VI, section 13, as a “miscarriage of justice.”; Article VI, section 18, subd. (d)(3).
The court’s denying al-Hakim’s rights thereto in defiance of the law implicates the fundamental issues of violating his right to due process and civil rights AND CAUSE IRREPARABLE HARM TO HIS CASE. The court has let their personal convictions interfere with the duty to be scrupulously fair as the exclusive trier of fact. There is no question that Judge Colwell has repeatedly violated this tenant of fairness.
Judge Colwell’s presence in this case summarily denied al-Hakim’s rights to a fair hearing without any statutory or contractual basis authorizing such a ruling and places an intolerable burden on him, denying his legitimate and undeniable rights and strikes at the heart of his fundamental civil rights and due process under the law, guaranteed by the United States Constitution and California Constitution. No statute in California authorizes the court to deny a right that is uncontroverted while in the process denying such precious fundamental rights of due process and justice. The use of judicial power to permit such injustice raises significant legal questions, and an order from this Court is necessary to prevent this abuse.
The court MUST review this letter and issue an order for an injunction prohibiting the scheduled sale of my home immediately!
You are ALL being served and I will file this letter with the courts.
Call if you have any questions, and “Thank you” for your consideration.
Respectfully,
ABDUL-JALIL al-HAKIM
510-394-4501 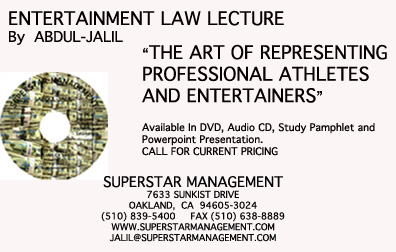